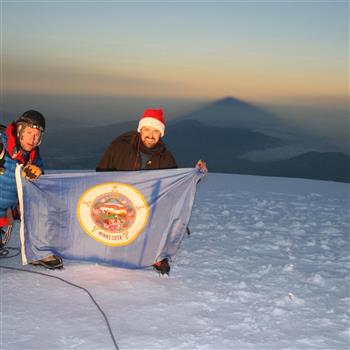 Donate to support the Sierra Club

Welcome to my homepage and thank you for visiting. I was inspired to start this page after a couple of very recent events highlighted in the following. I will consider this effort successful if a handful of people make some personal changes in their own lives, and if I can reach my $10,000 goal of contributions to Sierra Club. The Sierra Club is a grassroots environmental organization established in 1892 by one of my heroes, explorer John Muir.

The Sierra Club ethos as I interpret it, is to activate their 3.5 million members to advocate for you and I on environmental issues that we may not find time for in our daily lives. So basically, it is the Night's Watch for all of us folks in the Seven Kingdoms. Please consider helping me expand their reach and amplify their impact.

I am a mid-30s professionally working dude with an affinity for the outdoors, and a busy life. You can relate to me if you've ever loved playing a round of 18 on a pristine golf course, fishing for pike or trout on a lake or stream, or simply lived carefree unfettered by environmental concerns which have become so much more ominous in the last decade. That is a reality our generation onward will never be able to do again. You are also like me if you spend your time doing a million other things not involving activism. The Sierra Club Night Watch fights for the things we take for granted. Things that may matter little to us in our day to day, but will hamstring the future generations.

Now, I certainly have beliefs that align with both sides of the proverbial aisle, but my reporting here is specific to actions/comments by the current administration. I have clearly separated the reported facts from my opinions.

You should also know that when it comes to being an environmental steward, advocate and role model, I am far from perfect. I have owned gas guzzling SUVs, still use single use plastic but am much better at avoiding it, and can confirm that I still like beef, although I am trying to eat less.

Here is what spurred my action and current fundraising efforts:

1. Reported by the AP on May 7th, 2019: Secretary of State Mike Pompeo while addressing the Arctic Council stated: “Steady reductions in sea ice are opening new naval passageways and new opportunities for trade, potentially slashing the time it takes for ships to travel between Asia and the West by 20 days”. He goes on to say “arctic sea lanes could become the 21st Centuries Suez and Panama Canals” and then retraces by stating, “the Arctic has always been a fragile ecosystem, and protecting it is indeed our shared responsibility”.

My opinion is that Pompeo is speaking out of both sides of his mouth. He clearly acknowledges the melting ice caps, but notably refuses to use the term climate change during his entire address. The most distressing part of this report to me is that our administration is using climate change as a political platform promoting a business opportunity. The cavalier attitude with which he approaches the issue sends a terrible message to other Nations. Using the arctic as “naval passageways” and “protecting it” are diametrically opposed and cannot mutually exist.

What is the arctic council? According to their website The Arctic Council is the leading intergovernmental forum promoting cooperation, coordination and interaction among the Arctic States, Arctic indigenous communities and other Arctic inhabitants on common Arctic issues, in particular on issues of sustainable development and environmental protection in the Arctic.


2. Reported by the LA Times on April 24th, 2019: The Trump administration detailed a plan to open more than one million acres of public and private land in California to fracking, some which is adjacent to National Parks like Yosemite and Sequoia.

I believe using fracking as our linchpin for “energy independence” is setting us back even further when it comes to the deleterious effects of climate change, although it certainly motivates a certain group of people, because profitability is guaranteed. Without knowing anything else, I think most understand our best future doesn't include "fracking". If we keep rewarding this business, it will keep on keeping on. True energy independence lies somewhere with renewables and will only transpire if we have concerted and collective efforts to take the hard route. The route of innovation and failure until we succeed.

I hope you agree that we need to work harder when it comes to doing the right things. Generally speaking, making the environmental choice is the one that requires planning, is less convenient, and more "difficult", but that is where our small efforts make will make a huge difference. 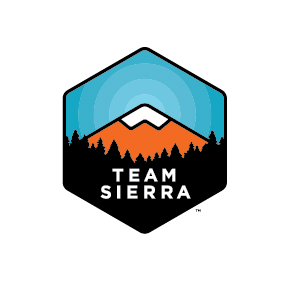 Macky
Thank you for highlighting this hugely important issue Joe

Jamie Bronitsky
Thanks Joe for taking the initiative to create more awareness to the policies and movements that directly threaten our environment. You know Ruby and Izzy love the outdoors as much as us and I want them to enjoy a life playing in nature 30-50 years a from now.