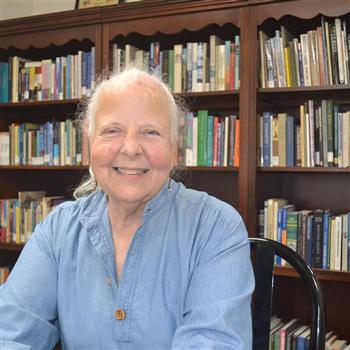 This Earth month, I'm picking up trash, and I'm asking you to chip in to support the Sierra Club's Angeles Chapter. I plan to spend at least two hours making open spaces in my neighborhood more attractive and safer both for the wildlife who call it home, and the people who enjoy it.

The more you support, the more I'll pick up!

Every little piece of litter is a tangible improvement in the environment -- we keep plastics out of the water, wrappers out of birds' mouths, and generally lighten the load of humans on the planet. When you support my Trash-a-thon campaign, you're also connecting something as simple as picking up trash to the larger mission of the Sierra Club - to grow our organization's capacity to better explore, enjoy and protect the planet. Funds raised support our local efforts to conserve habitat, end oil drilling, switch to 100% clean energy, pass zero-waste ordinances and so much more. Let's pick up trash, but let's do so with a big-picture strategy.

For this trash-a-thon, I'm asking you to donate to support the Sierra Club's Angeles Chapter.

Thanks so much!
Sharon

Yesterday, May 8, I spent 30 minutes picking up trash at the San Joaquin Marsh and Wildlife Sanctuary in Irvine. I collected paper napkins, tissues, a discarded snack box, and tiny bits of plastic caps and Styrofoam. Ugh. I wish folks would not leave stuff like this in a bird sanctuary.

I picked up trash on back bay dr on newport bay 30 minutes towards my goal!

Yesterday I spent 30 minutes collecting trash along Back Bay Drive on upper Newport Bay. I found discarded cups, masks, and once again, a number of small but dangerous things: a large number of cigarette filters in a small parking area along the drive. It was disturbing to realize that people stopped here to smoke and discarded their cigarette butts in an area where the hillsides are very dry and a fire risk. The larger pieces of trash that I could not reach were frustrating.

I picked up trash at crystal cove state park 15 minutes towards my goal!

I spent 15 minutes toward my goal today picking up trash at Crystal Cove State Park Pelican Point. The first thing I learned was that trash comes in very small pieces as well as large ones. Typically, I found cigarette butts and paper tissues. But on closer inspection, there were several small plastic tubes and bottle caps half-buried in the dirt. When I checked again, a large number of pistachio shells revealed themselves along with tiny pieces of paper and Styrofoam.